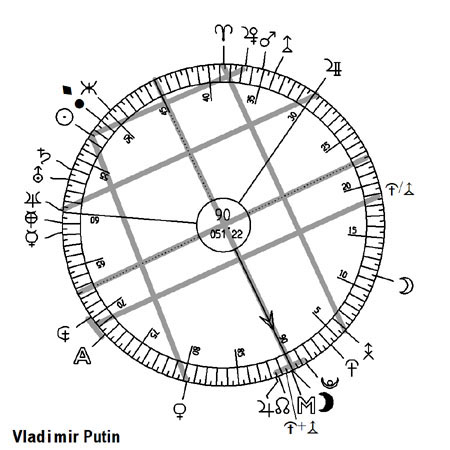 Putins's soul has the potential of being a powerful charismatic public and political leader, head of state, a pater familiae so to speak, with great future vision, having to count however with dangerous adversaries due to his past connections.