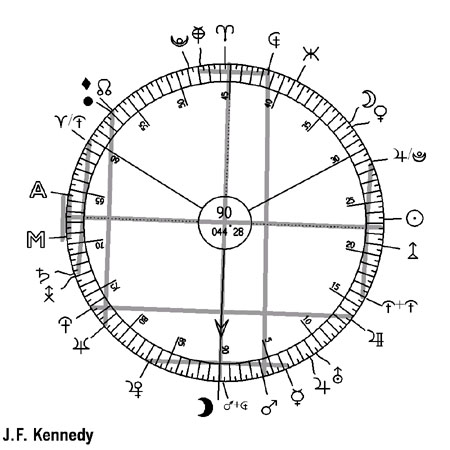 Kennedy's soul has the potential of becoming a dominant authority for many people, due to his great power to bring about changes with expansive vision and charismatic speakers talent, although his life style and improper use of his political power and faulty (familiy) connections due to karmic past actions have lead to a dramatic end of his soul's purpose.