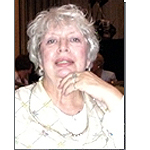 This email address is being protected from spambots. You need JavaScript enabled to view it.
http://uraniansociety.com/

Liane Thomas Wade lives on Roosevelt Island, a part of New York City. She has been President of The Uranian Society (which is a Special Interest Group of the NCGR, the National Council of Geocosmic Research) since 2004. The Uranian Society was founded in 1980; its mission is to educate astrologers in Uranian techniques. Liane has been studying astrology for over 25 years, specializing in American politics and politicians. She has lectured to astrologers in Germany, Ireland, Italy, Bangkok, Chicago and Boston, as well as New York, using the Uranian system of astrology. She is also the Executive Secretary of the NCGR.